Energy Insight from the PUCO

M. Beth Trombold was appointed to the Public Utilities Commission of Ohio (PUCO) by Governor John Kasich in 2013 and reappointed to a second term in 2018. She currently serves as vice chair of the Commission.

Commissioner Trombold is a member of the Mid-Atlantic Conference of Regulatory Utilities Commissioners (MACRUC) and the National Association of Regulatory Utility Commissioners (NARUC) where she serves on the Committee on Electricity as co-vice chair and the Washington Action Program, the committee that primarily discusses NARUC’s work in Congress and with other federal stakeholders. She recently served as co-vice chair of the NARUC-NASEO Task Force on Comprehensive Electricity Planning, a collaborative initiative to develop new approaches to distribution system planning and resource planning processes. She also focuses extensively on grid modernization and regional electric transmission issues. Commissioner Trombold is active in the regulatory community as a speaker, panelist, and moderator at conferences and events on a regional, national, and international level.

She is the past president and a current board member of the Organization of PJM States, Inc. (OPSI), an organization of 14 state commissions in the service area of PJM, the regional transmission operator. Commissioner Trombold serves on the OPSI Governance Committee, and is chair of the Independent State Agencies Committee (ISAC) focused on transmission needs within PJM. She also serves on the Financial Research Institute advisory board at the University of Missouri.

Prior to her appointment, Commissioner Trombold served as assistant director of the Ohio Department of Development. A long time public servant, she also served in a variety of roles within the PUCO, including director of Economic Development and Public Affairs. During her career, Commissioner Trombold led legislative efforts on many important utility issues including electric restructuring, natural gas choice, and telecommunications reform.

Commissioner Trombold received a bachelor’s in business administration from Ohio University and a master’s in public policy and management from The Ohio State University. She served on the Glenn College Alumni Society Board for two years. In 2002, the PUCO awarded Commissioner Trombold the Frank B. Richards Award for Excellence in Management and Public Service. In 2012, she received the Outstanding State Government Alumnus Award from the Voinovich School of Leadership and Public Affairs at Ohio University. 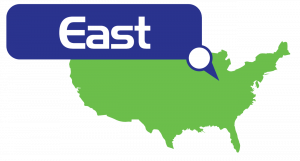 An Annual Event Held in the US for Energy Efficiency & Sustainability Professionals.

Join the AEE newsletter today to stay up to date on events and more!